A quick note on last night's Lyric Symphony with Matthias Goerne, Twyla Robinson, and the NSO. And I shall only speak about the second half because I mistook the early start time for a 7:30 rather than a 7, and missed Eschenbach playing and conducting Mozart piano concerto something or other. I find the penalty box only barely acceptable for opera, and it is beneath consideration for something like a concerto, so I enjoyed a cocktail and the nice weather on the KC terrace.
The audience was on board, judging by some kind of encore that turned a half hour Mozart appetizer into a 50 minute first half, but I'm thinking Eschenbach is going to be around for a while, so there should be other chances to hear him play. And not that anyone is listening, but the unfortunate practice of programming Mozart as the least interesting thing on the program continues unabated. I get it, of course, and the reportedly abysmal attendance at last week's un-partnered Messaien just goes to show that unfamiliar works all by their lonesome continue to be box-office death. But I feel no good can come of making audience members attracted by more ambitious programming come to disdain Mozart because his works are the price of admission just to get to what they really came for. 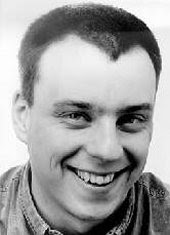 Anyhow. Zemlinsky's Lyric Symphony is being presented as part of the Maximum India Festival which wraps up this week, as the texts for baritone and soprano are taken from a German translation of the Bengali poetry of Rabindranath Tagore. As you probably know, the musical language is right in that sweet spot of lush German early 20th century tonality, high on drama and sweep, with that big everyone-gets-to-play approach to orchestral texture akin to Mahler and Strauss. Eschenbach and the NSO certainly got the precision and depth of texture, but there was something lacking in the drama. I was sitting pretty close, I'll admit, but there was something a bit static in the dynamics and a tendency to drive the volume and pace rather than letting things play out naturally that detracted from the impact.
The biggest hook for the evening was Matthias Goerne, recently forced to bail on the upcoming Met Wozzecks for knee surgery, much to everyone's chagrin. Goerne needs no introduction of course, he brings a unique combination of vocal beauty and artistic intelligence to his work, and this is a great piece for him, showcasing his interpretive skills in a great range of settings, from the despondent opening song to frenzied heights and back again. Yet he remained credible and involving throughout while offering a number of beautiful moments. And of course, where many other fine baritones would descend into shoutiness in material like this, that Goerne magic keeps things buttery and on point all the way through.
Soprano Twyla Robinson was a strong partner, with an inviting sweetness to her voice and power where required. Her bio highlights work in Strauss and it was easy to hear how this would be a natural fit. She was less than convincing in places, particularly her first number about the "junge Prinz" but standing next to one of the preeminent recitalists of our time and dealing with kind of weird subject matter is not a recipe for success. I appreciated that she tried to incorporate some idiosyncratic effects to heighten the characterization, though some might not...
Update: Takes from Downey (including an appraisal of Eschenbach so far) and Midgette...
Posted by Alex at 3/18/2011 11:46:00 AM

Goerne better have limped onto and off of the stage. I really wanted to hear hiw Wozzeck.

Heh...everyone that I tell about this is all "dude better have been crawling" (and by everyone I mean Maury)...

Yeah, no, he did not look to be in any kind of knee related distress.