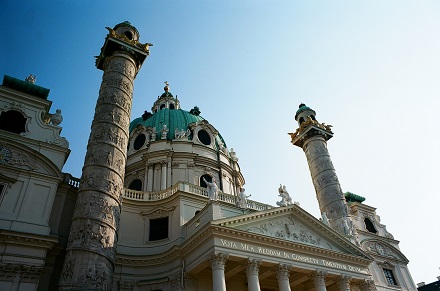 Made my maiden voyage to the Weiner Staatsoper last Wednesday, the same day of Johan Botha's untimely passing in Vienna. GM Dominique Meyer appeared in front of the curtain prior to the performance and spoke at length in German about Botha. I could only pick out so much, but he spent some time talking about Botha's extensive career at the Staatsoper, and so I gather from later reports, discussed the company's sadly unrealized plan to award Botha the prestigious Kammersanger title.

Though I have always appreciated Botha virtually, I only saw him live once, in his fine showing as Walther in last spring's Met Meistersingers. The voice was the real deal, and whatever his dramatic limitations we have lost one of the few folks on the planet that can overwhelm a house the size of the Met with Wagner's music as it should sound. It's a massive loss and one that will be felt acutely.

As for the show itself, my disappointment at missing Monday's Lohengrin with Klaus Florian Vogt was somewhat assuaged by the opportunity to finally get to see Kristine Opolais' Butterfly live. Her cool, smoky timbre isn't a typical sound for Butterfly but she employs it to unique affect, especially in the great statements of the second and third acts, though it doesn't quite have the beauty needed for a truly memorable first act. Unfortunately our seats in the Galerie (several rows back at the edge of the center section) were decidedly partial view and it was hard a bit hard to fully engage.

Piero Pretti's Pinkerton was a bit generic but valiantly sung, with a big true sound especially in a ringing climax for "Addio, fiorito asil." Mezzo Bongiwe Nakani, in an auspicious Staatsoper debut, turned in an attention grabbing Suzuki, with a rich, authoritative lower register. Among the gallery of dudes trying to solve Butterfly's problems, Boaz Daniel stood out with a pleasant, earnest Sharpless.

The 1957(!) production by Josef Geilin was everything I could have asked for in a throwback Staatsoper experience. The head on pictures with Japanese painting inspired backgrounds are actually pretty attractive, but from the upper balcony (1957 designers did NOT give a shit about the cheap seats) the quaint set is delightfully reminiscent of one of those 1950s live TV movie musicals. For the second and third acts, the interior of Butterfly's little shack improbably opens up into a generous open plan ranch house, with a decor looks a little like the view inside the house you get on that Japanese cat care cell phone game. It's great.

DC's own Philipe Auguin, who will conduct Butterfly at WNO in the Spring, seemed to relish the glorious sound of the Staatsoper band, driving the volume to 11 as soon as the singers took a break and then quickly dialing things back down (for the most part, he was guilty of swamping the singers on a few occasions). If a bit less subtle than what I remember from his Butterfly outing here a few years back, the results were pretty exciting, especially an exuberant Act III in which Butterfly did its best impression of an exuberant passage from Die Frau Ohne Schatten, a reminder of how rich these scores can be in the right hands.
Posted by Alex at 9/14/2016 11:44:00 PM