Follies at the Kennedy Center 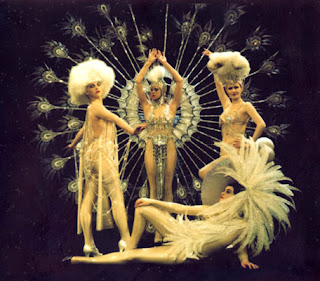 Great review, thanks a lot. It's interesting to think about how much changing ideas of aging, particularly women aging, could effect this show, and not something I ever really considered before. I've never seen it live at all, and am kind of sorry I'm missing this chance.

Is the orchestra of an OK size, by the way? I loved that recent Sunday in the Park production on Broadway but found the reduced orchestration almost unlistenable.

Should have mentioned that--the big orchestra is definitely a plus--28 pieces according to the Post! Not sure if B-way transfer discussions are still alive, but I fear they'd replace it with a jazz combo and a synthesizer or whatever is standard issue these days...

I thought the production was wonderful. BP was perfect IMO, and Burstein and Maxwell were extraordinary. I quite liked Raines as well. So Regine really was an old lady- whether or not Lavin is spunkier than she has a right to be, Who's that Woman gets the whole age/ghost thing breathtakingly, as does (not much mentioned) One More Kiss. I couldn't stop cheering. Finally a fully staged Follies I could love.