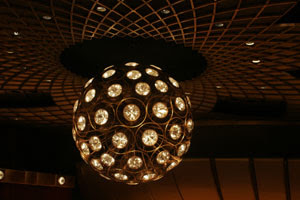 Some brutal news for City Opera. I mean...damn. Even the Republican party has to be thinking "at least we didn't have as bad a year as NYCO" right now.

I for one was certainly enthusiastic about the gamble they took--as Chair Susan Baker (who ought to stay out of dark alleys filled with Parterre commenters today) reiterated in the Times piece, the NYCO formula, aka everyone's favorite programmatic whipping boy, has been "financially broken" for some time. Against that reality, its hard to see how they could drop down to just their bread-n-butter-sad-excuse-for-the-Met stuff and retain any pretense that they had a mission beyond picking off calves from the herd headed next door.

The alternative "BAM-icization" plan was clearly a gamble, but it was the honest gamble. Those BAM types have money to burn on more challenging fare, but City Opera is hardly on their radar at present. Cut down the performance commitments to something closer to a regular regional house and aggressively chase those people as the core of a new, more committed audience. And if you program it, the younger and more adventurous in the Met audience will come, too.

It's too bad. NYCO had an amazing season planned. The opportunity to hear/see St. Francois d'Assise performed in NYC has been a dream of mine.

I have not been the biggest NYCO fan, but I was completely psyched about next year's season.