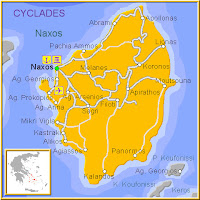 Well, I was really hoping to get back to the WNO Ariadne for the last perf on Friday, but hateful office things intervened, and I didna make it. But in the interest of completeness, my thoughts on the one I did attend, a few weeks back:

So, as reported elsewhere, this production had its flaws, but I was really in love with both cast and production by the end of the evening. Maybe I'm starving for Strauss, or maybe I just wanted WNO to have a hit (after the allegedly lame Falstaff and lame-fest Barbiere), but blemishes and all I had a much better time than the last time I saw Ariadne.

For Ariadne to work as a play, it seems, it really needs to be legitimately funny. That doesn't mean you can't enjoy a production that gives short shrift to the humor--its short enough and the music is real purdy after all. But the true dramatic effect doesn't click unless, like the Mozart comedies, the deep abiding humanity of the piece flows directly from the atmosphere created by the farce--it has to feel like a truth revealing itself amidst the simpler pleasures of life. This WNO production (originally from Seattle) does a tremendous job of not taking itself too seriously, and letting those simpler pleasures do their part.

This was partially the work of the production which, while not terribly handsome (e.g. Kristine Jepson is rewarded for her wonderful Komponist with a hideous ill-fitting suit and Stuart Smalley wig) has great direction in the comedy elements and some effective conceits (e.g. the audience on stage during the Opera).

Irene Theorin (seen as Brunnhilde in Walkure at the Met and Siegfried at WNO last year, and in the "Gotterdammerung without the Rhine" here the past two weeks) was a compelling Ariadne--the woman has a ginormous voice, especially in the relatively puny Kennedy Center Opera House. Yes, the volume was fairly subdued well into Act II as some reviews have pointed out, only finally breaking out on the soaring patches of "Es Gibt ein Reich", but it seemed like a clear choice to me, and an effective one at that. Maybe she's not an ideal Ariadne who can bring the cream at all times, but she was committed and funny and all the beauties of the role were in place.

As noted above, Kristine Jepson was a marvelous Komponist, and certainly the best cast in the show, as this is one of her specialties. Her sound is rich and passionate and the reading very intelligent, really everything you could want in the role. Susan Graham: you're great, and I'mma let you finish your career, but you're going to need to relinquish this at the Met at some point. And when you do, Jepson is going to be all over that shiz.

Lyubov Petrova turned in a way enjoyable Zerbinetta. So the voice doesn't really approach the Battle/Dessay standard for prettiness in the part. It DOES sound effortless and exciting, and, as I mentioned after the lackluster Covent Garden Zerbinetta of Gillian Keith, if "Grossmachtige..." doesn't sound effortless then what's the freaking point? Petrova worked it to within an inch of its life, in a good way.

As appears to be the misfortune of the run, unemployed Siegfried #1, Par Lindskog, bailed on the show. Revealing once again WNO's dicey understudy program (everyone remember pantomime Siegfried?) the replacement Bacchus, Corey Evan Rotz, was bumped up from Scaramuccio. This was clearly a bit of a stretch, but Rotz kept the show going, made some nice sounds if within a limited range, and, thankfully, chose his battles carefully in the last 10 minutes. And really, 10 minutes of dicey Bacchus was not nearly enough to torpedo such a winning production.

I really enjoyed reading this review. You had some great insight into what makes any comic opera work: it truly is the simple matter of the characters revealing themselves purely as parts of a larger humanity. I'm glad to hear this production achieved that.

We're getting Ariadne here in Boston in the spring. Brandon Jovanovich should be a first-rate Bacchus. Props to Mr. Rotz for pulling it off with such aplomb under the circumstances.

"Susan Graham: you're great, and I'mma let you finish your career, but you're going to need to relinquish this at the Met at some point. And when you do, Jepson is going to be all over that shiz."


May I point out that the first (and last) run of Komponisten Graham sang at the Met was in Fall 2005, by which time Kristine Jepson had already done the role there- and very well-- opposite Brewer and Dessay in 2003?